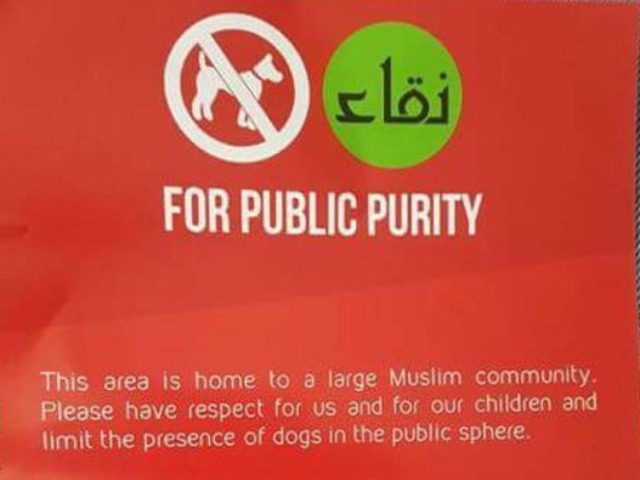 Leaflets have reportedly been distributed in Manchester calling for a public ban on dogs, in order to keep the area pure for Muslims. But while some have claimed the leaflets are a hoax designed to stir up tensions, others are convinced the leaflets are being created by fundamentalist Muslims.

Residents in Manchester have taken to social media to report that they have received leaflets through their letterboxes calling on them to “have respect for us and our children” by not taking dogs out in public. “This area is home to a large Muslim community,” the leaflet advises, before explaining that dogs are considered impure in Islam.