Maduro’s son threatens to ‘take the White House’ with guns in case of U.S. intervention 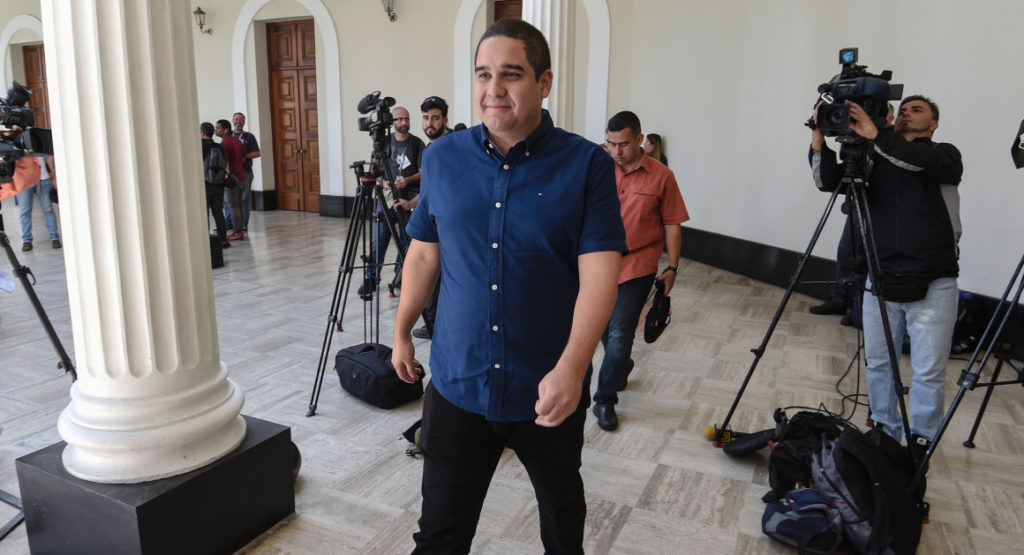 Nicolás Maduro Guerra, the son of Venezuelan President Nicolás Maduro, threatened to “take the White House” with guns if President Donald Trump followed through with a military intervention in the country, a possibility he said he would not rule out on Friday.

“If the U.S. soils the homeland, the rifles would come to New York and take the White House,” Maduro Guerra said according to reports from Venezuelan media.

Trump on Friday said he would not rule out the U.S. pursuing “a military option” against Venezuela, which has come under increased pressure for its human rights abuses.

Speaking to reporters from his golf resort in Bedminster, N.J., after meeting with Secretary of State Rex Tillerson and U.N. ambassador Nikki Haley, Trump said he has “many options” for Venezuela, “including a possible military operation, if necessary.”