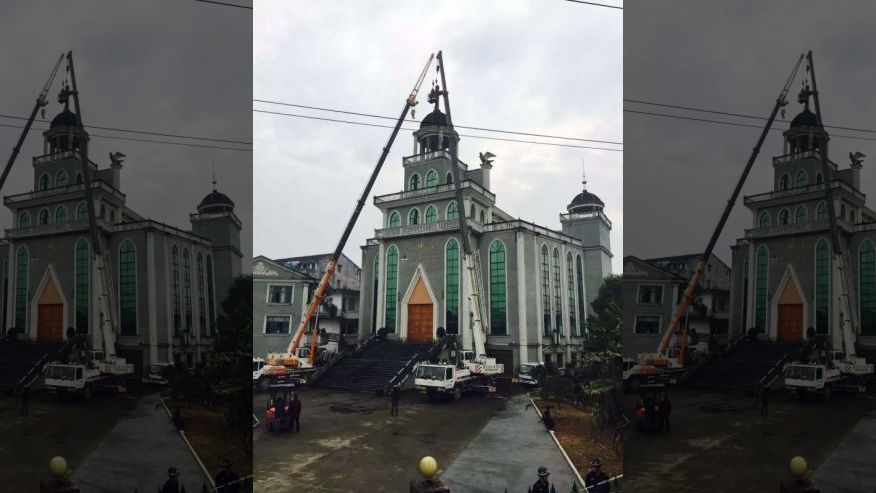 A Christian woman’s fateful and defiant stance in front of a bulldozer last week evoked the memory of Tiananmen Square and has become a rallying cry against persecution at the hands of the Beijing government.

The woman, identified by Christian activists as Ding Cuimei, wife of the Rev. Li Jiangong, was trying to stop the government-ordered demolition of Beitou Church in the central Hena province city of Zhumadian. Unlike the iconic man who brazenly stopped a tank in the 1989 uprising, Ding was pushed into a ditch and buried alive as horrified congregants watched helplessly.

“Bury them alive for me,” a member of the demolition team said according to a report by China Aid, a nonprofit focused on human rights and religious freedom in the world’s most populous country. “I will be responsible for their lives.”

The grim incident underscores the Chinese government’s increasing persecution of religious minorities, say advocates. Thousands of churches across the country have been demolished in the past year, and dozens of pastors have been arrested on trumped up corruption charges, according to nonprofit groups that monitor the situation.

“There was a time where they [Christians] were being recognized as productive members of society. The government treated them fairly,” David Curry, president and CEO of Christian advocacy group Open Doors USA told FoxNews.com. “But that has changed. China has the goal of nationalizing Christians.”