May could face another Brexit defeat in parliament 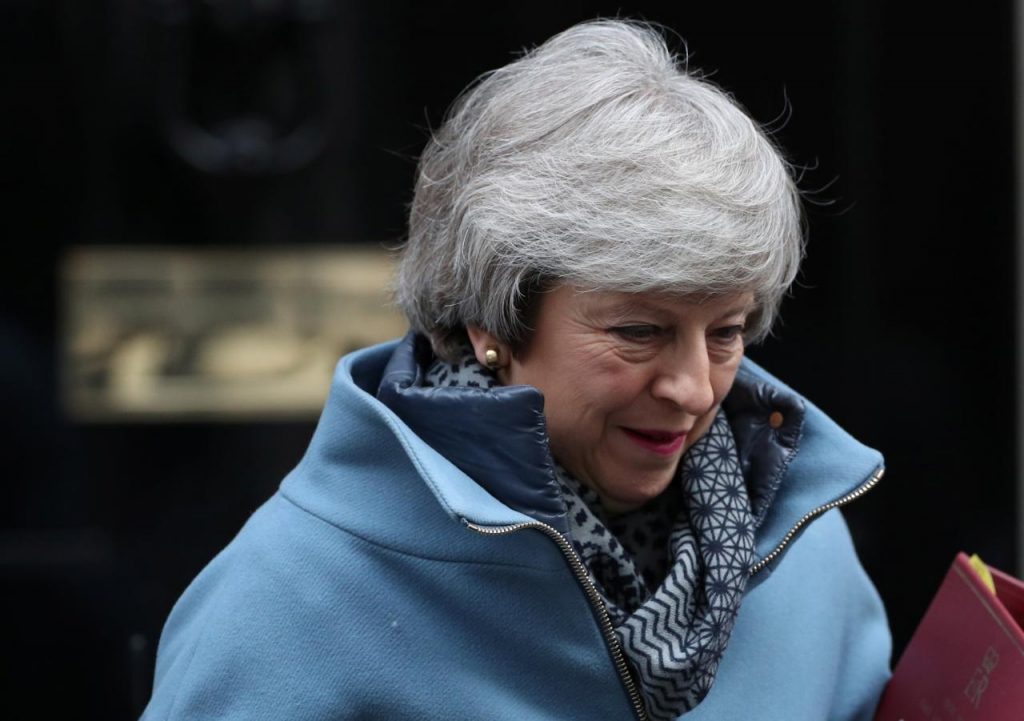 LONDON (Reuters) – Prime Minister Theresa May could face a defeat in parliament on Thursday over her plan to renegotiate the Brexit deal, undermining her pledge to the European Union that, with changes, she can get the agreement approved.

Thursday’s symbolic vote was seen by May’s team as little more than a rubber stamp of her plan to secure changes to the divorce deal with the EU, giving her more time to satisfy lawmakers’ concerns over one part of it – the Irish backstop.

But hardline Brexit supporters in her Conservative Party are angry over what they say is her acceptance of ruling out a no-deal departure, something May’s Brexit minister Stephen Barclay again denied in parliament, saying by law Britain will leave the EU on March 29 with or without an agreement.

The latest twist in the two-year negotiation to leave the EU underlines the deep divisions in parliament over how, or even whether, Britain should leave the bloc in the country’s biggest political and trade policy shift in more than 40 years.