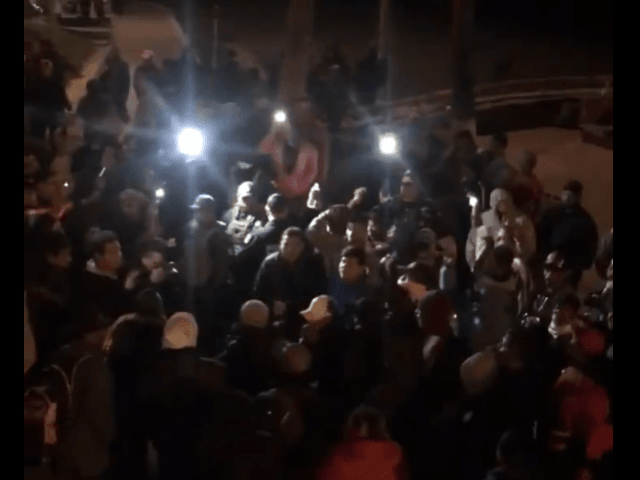 Mexican citizens began protesting the migrant caravan arriving in Tijuana as they attempt to claim asylum in California. The protests turned violent–leading law enforcement to separate the migrants from the demonstrators.

This week, hundreds of migrants from a caravan originally starting off in Honduras last month, began arriving to Tijuana as part of the final leg of their journey to reach the U.S. border and claim asylum. Residents in Tijuana began protesting their arrival by by demanding they leave and shouted “Mexico First,” the online news outlet Victor Cancino News reported.

Amid the protest, the migrants from the caravan shouted that they wanted peace and jobs. The protest and counter-protest began to heat up to the point where some individuals from both groups began trading punches.