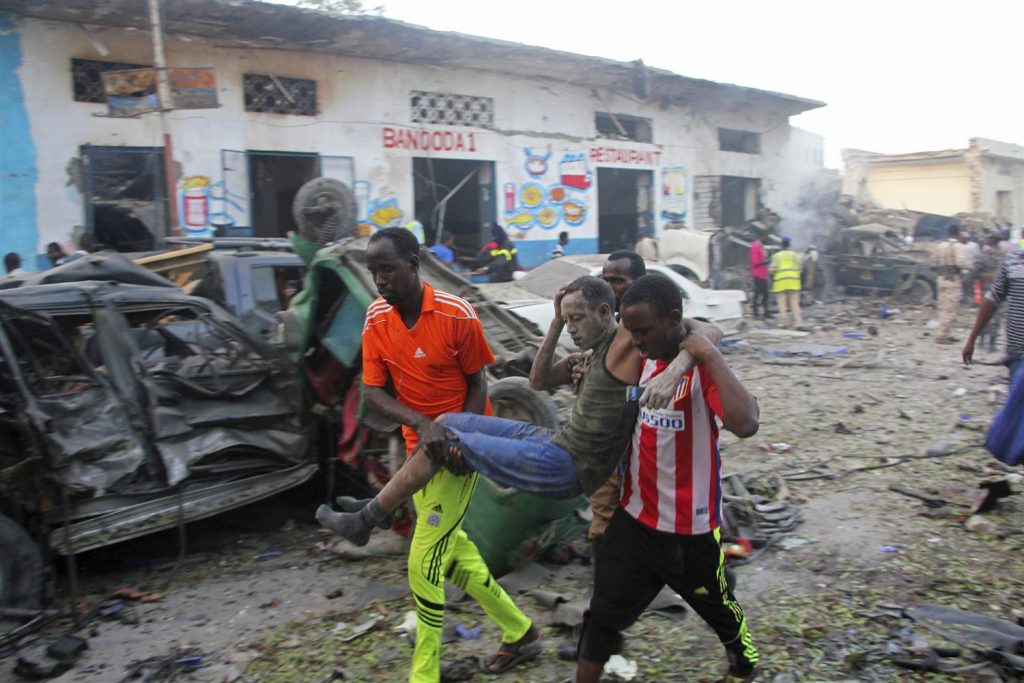 MOGADISHU, Somalia — A suicide car bomb exploded outside a popular hotel in Somalia’s capital on Saturday, killing at least 19 people and wounding more than 30, while gunfire could be heard inside, police said. A second blast was heard in the area minutes later.

Capt. Mohamed Hussein said the gunfire was heard inside the Nasa-Hablod hotel, which is close to the presidential palace and is frequented by politicians and other members of Mogadishu’s elite. A senior Somali police colonel and a former lawmaker were among the dead, Hussein said.

Saturday’s blasts came two weeks after more than 350 people were killed in a massive truck bombing on a busy Mogadishu street in the country’s worst-ever attack.

Al-Shabab, Africa’s deadliest Islamic extremist group, quickly claimed responsibility for Saturday’s attack and said its fighters were inside the hotel.