Morocco ‘bans the sale and production of the burka’ 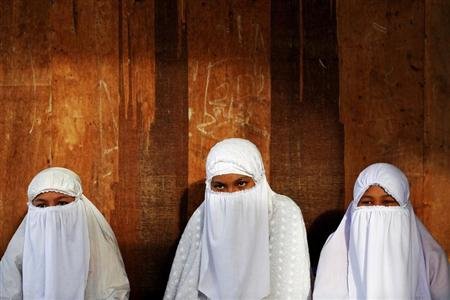 Morocco has banned the sale, production and import of the burka, according to local reports.

Letters announcing the ban were sent out on Monday, giving businesses 48 hours to get rid of their stock, the reports stated.

There was no official announcement from the government, but unnamed officials told outlets the decision was made due to “security concerns”.

It is unclear if Morocco is now intending to ban the garment outright.

A high-ranking interior ministry official confirmed the ban to the Le360 news site, adding that “bandits have repeatedly used this garment to perpetrate their crimes”.

The burka, which covers the entire face and body, is not widely worn in Morocco, with most women favouring the hijab, which does not shroud the face.

Women in Salafist circles, and in more conservative regions in the north, are more likely to wear the niqab, which leaves the area around the eyes uncovered.

The decision has split opinion in the North African kingdom, led by King Mohammed VI, who favours a moderate version of Islam.