Myanmar’s coup protests are different from past demonstrations, researcher says 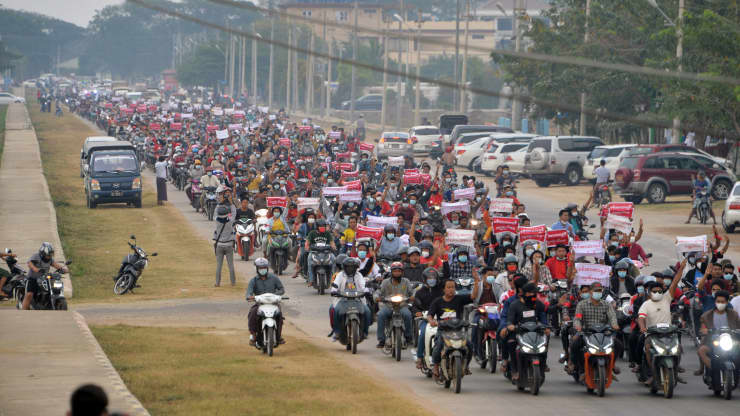 People protesting on the streets of Myanmar following a military coup are doing so under very different circumstances compared with previous demonstrations in the country, according to an analyst at the policy research firm Center for Strategic and International Studies.

Police clashed with demonstrators on Tuesday during which four people were hurt, including one critical injury, Reuters reported. It was the most violent day of protests against the military, which this month overthrew the democratically elected government of Aung San Suu Kyi.

“This is what people have been fearing all week as these protests grew and you had tens, maybe hundreds, of thousands of people on the streets of Yangon and Mandalay and Naypyitaw,” Gregory Poling, senior fellow for Southeast Asia at CSIS, told CNBC’s “Squawk Box Asia” on Wednesday.

He explained that these protests are very different from the large-scale demonstrations that took place in 2007, known as the “Saffron Revolution,” which was triggered by the military government’s decision to raise fuel prices.

“This is a Myanmar that’s spent the last 10 years opening to the world, democratizing,” Poling said. “Most citizens have mobile internet access — or they did before the coup. Most of the people on the streets probably don’t remember the Saffron Revolution directly and have certainly no memory of 1988.”

Myanmar saw nationwide protests, marches and civil unrest in 1988, in what is sometimes referred to as the 1988 Uprising.

“That could be both good and bad because it may very well convince them that the military won’t crack down,” Poling said about the current protesters. “Or perhaps it gives them the confidence to go out and show the generals that they don’t rule the same Myanmar that they did 15 years ago.”

He explained that while it is a “remarkably dangerous moment” for Myanmar, the junta has not immediately leaped to the worst possible response. In previous protests, demonstrators had been killed in crackdowns while many were arrested.

Protesters in capital Naypyitaw and other cities like Mandalay have been hurt by security forces, Reuters reported, citing local media. The agency reported that police largely fired into the air and used water cannon and tear gas to disperse demonstrators. CNBC could not independently verify those reports.

The United States has condemned the military takeover and threatened sanctions. Beijing’s response has been milder, with the foreign ministry in recent press briefings characterizing China as a “friendly neighbor of Myanmar” and calling for solutions that would that would ensure the latter’s political and social stability.

But China, Japan, Singapore and Thailand have greater influence on the Myanmar economy than the U.S. does.

“I think the real question is what Japan does, because it’s the only one of those major players likely to impose any kind of economic pain on the generals,” he said.

Japan’s deputy defense minister warned this month that if the world closes channels for communications with Myanmar’s military generals in response to the coup, that could push the Southeast Asian nation closer to China, local reports said. 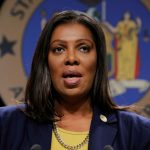 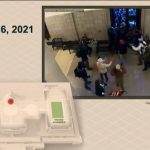 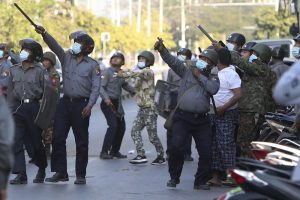 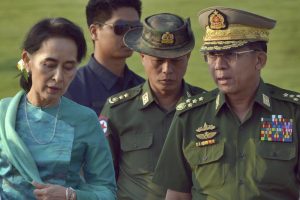