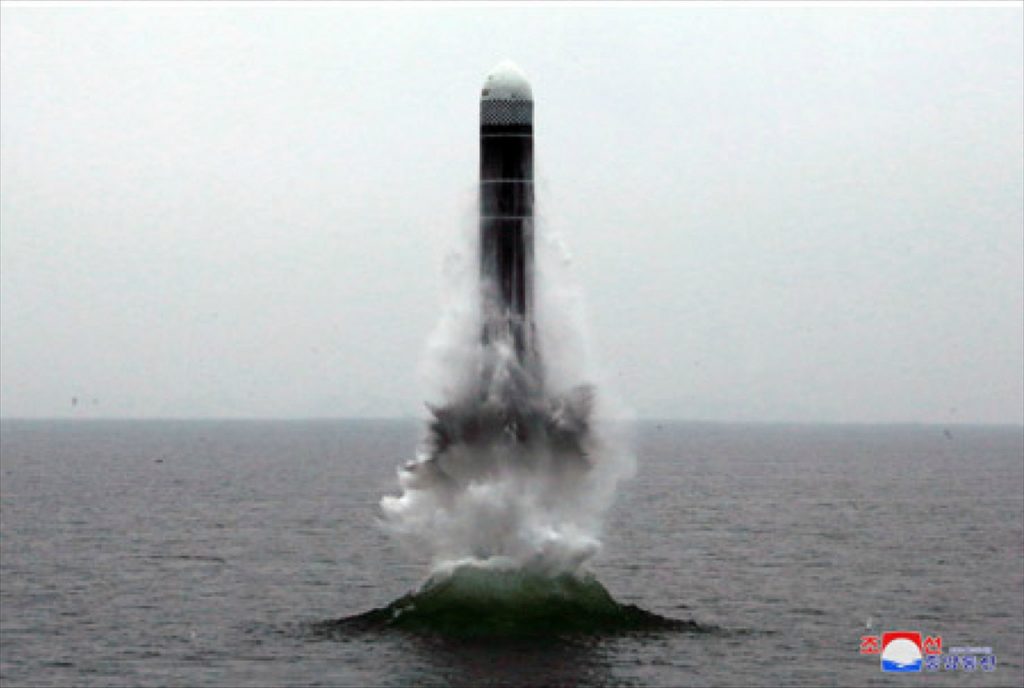 North Korea fired what appeared to be cruise missiles off its east coast and air-to-ground missiles from fighter jets into the East Sea on Tuesday, South Korea’s military said, in muscle-flexing maneuvers on the eve of the late national founder’s birthday and the South’s general elections.

The surface-to-ship cruise missiles were fired northeastward from areas near its eastern coastal town of Munchon at around 7 a.m. during a time period of more than 40 minutes, the Joint Chiefs of Staff (JCS) said, adding they flew around 150 kilometers before splashing into waters off the east coast.

Along with the missile launches, the North also flew multiple Sukhoi-variant fighter jets above the eastern coastal city of Wonsan, and fired multiple anti-ground missiles into the East Sea, the JCS added.