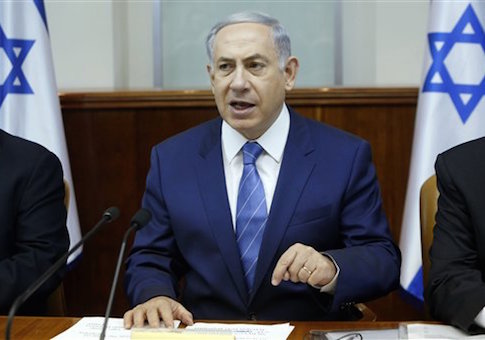 Israel Prime Minister Benjamin Netanyahu rallied more than 10,000 Jewish leaders and activists to reject a recently inked nuclear accord with Iran that the Israeli leader believes “will bring war” to the region and provide the Islamic Republic with a nuclear weapon within 10 to 15 years.

Netanyahu, who spoke Tuesday afternoon on a conference call organized by the Jewish Federation of North America (JFNA), urged those on the call to do all they can to defeat the deal and stop the Obama administration from enacting it.

“This deal will bring war,” Netanyahu warned. “It will spark a nuclear arms race in the region. And it would feed Iran’s terrorism and aggression that would make war, perhaps the most horrific war of all, far more likely.”