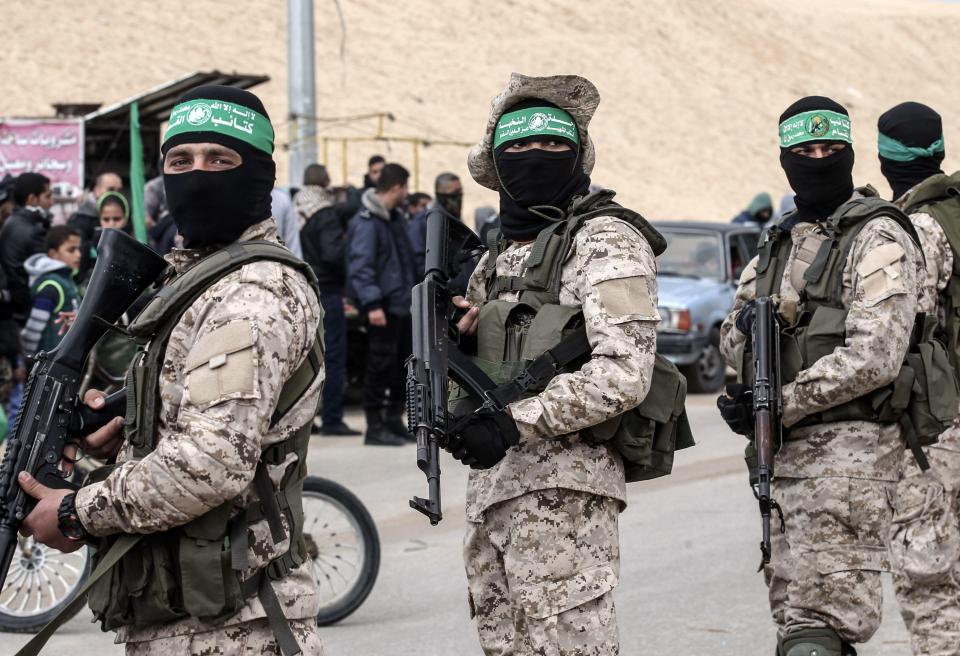 Members of the Izz ad-Din al-Qassam Brigades and the Hamas commando wing (Nukhba) have teamed-up with the terror group.

Many have travelled to the war-torn Sinai peninsula which already has a heavy ISIS presence, reports the Times of Israel.

Highly-trained bomb makers are among those said to have joined up with Islamis State jihadis.

ISIS has carried out a string of bloody attacks targeting both civilians and the Egyptian army over the last few years.

The peninsula, which borders Israel and the Gaza Strip, has become home to several extremist groups since the Arab Spring protests of 2011.

Several groups have close ties to Gaza, with arms routinely smuggled back and forth across the border as well as fighters in need of training or medical care.

However, lately it has shown some will to reconcile with the Palestinian group – which has vowed the destruction of Israel.

In January, Hamas security officials met with the Egyptian authorities in Cairo for security talks