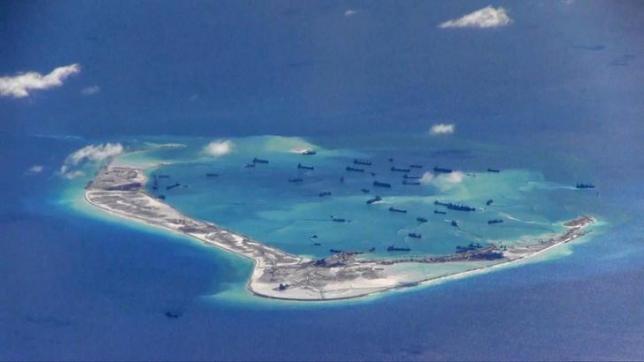 Recent satellite photographs show China appears to have built reinforced aircraft hangars on its holdings in the disputed South China Sea, according to a Washington-based think tank.

Pictures taken in late July show the hangars constructed on Fiery Cross, Subi and Mischief Reefs in the Spratly islands, have room for any fighter jet in the Chinese air force, the Center for Strategic and International Studies (CSIS).

“Except for a brief visit by a military transport plane to Fiery Cross Reef earlier this year, there is no evidence that Beijing has deployed military aircraft to these outposts. But the rapid construction of reinforced hangars at all three features indicates that this is likely to change,” CSIS said in a report.

China claims most of the South China Sea, through which $5 trillion in ship-borne trade passes every year. The Philippines, Vietnam, Malaysia, Taiwan and Brunei have overlapping claims.

The images have emerged about a month after an international court in The Hague ruled against China’s sweeping claims in the resource-rich region, a ruling emphatically rejected by Beijing.