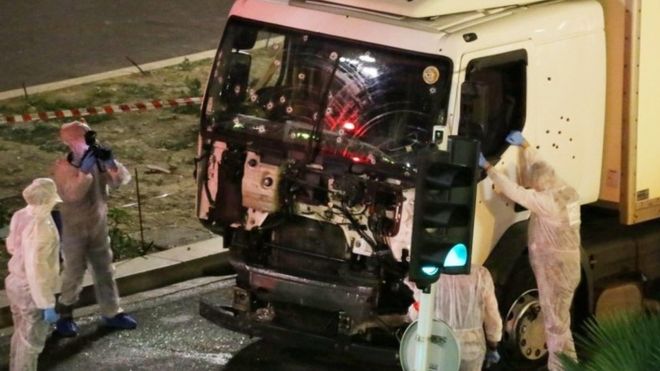 A man and a woman have been arrested in Nice in connection with the Bastille Day lorry attack, French judicial sources have said.

More than 80 people died when a Tunisian man, Mohamed Lahouaiej-Bouhlel, ploughed the vehicle into celebrating crowds on Thursday evening.

Earlier, France called up 12,000 police reservists to boost security in the wake of the killings.

The latest arrests bring the number of those held over the attack to seven.

The driver was shot dead by police when his vehicle’s path along the seafront Promenade des Anglais was eventually halted.