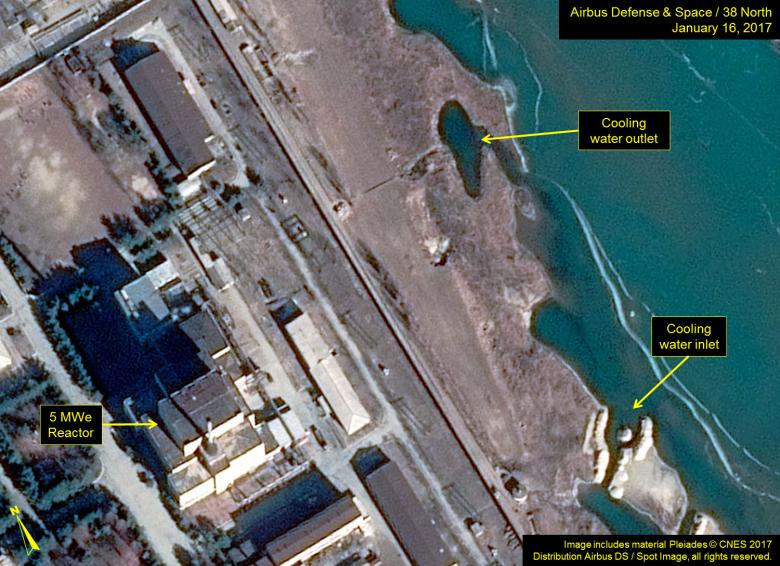 “Imagery from January 22 shows a water plume (most probably warm) originating from the cooling water outlet of the reactor, an indication that the reactor is very likely operating,” it said in a report.

It said it was impossible to estimate at what power level the reactor was running, “although it may be considerable.” A 38 North Korea report last week said operations at the reactor had been suspended since late 2015.

North Korea has maintained its nuclear and missile programs in violation of repeated rounds of international sanctions.