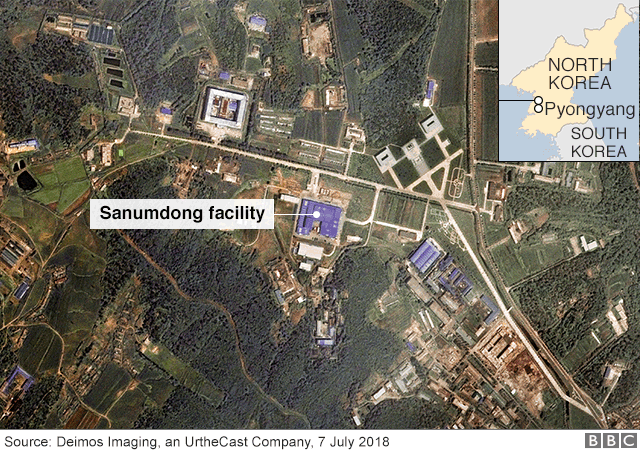 North Korea appears to be building new ballistic missiles despite recent warming ties with the Trump administration and pledges to denuclearise, reports say.

Unnamed US officials told the Washington Post that spy satellites had spotted continuing activity at a site that has produced ballistic missiles.

Reuters quotes an official as saying it is unclear how far the work has gone.

After the first meeting between sitting leaders from the two countries, the two men pledged to work towards denuclearisation. Mr Trump later said North Korea was “no longer a nuclear threat”.