NUCLEAR COUNTDOWN US officials fear North Korea has placed a nuclear device in a tunnel, which could mean a nuclear test is imminent 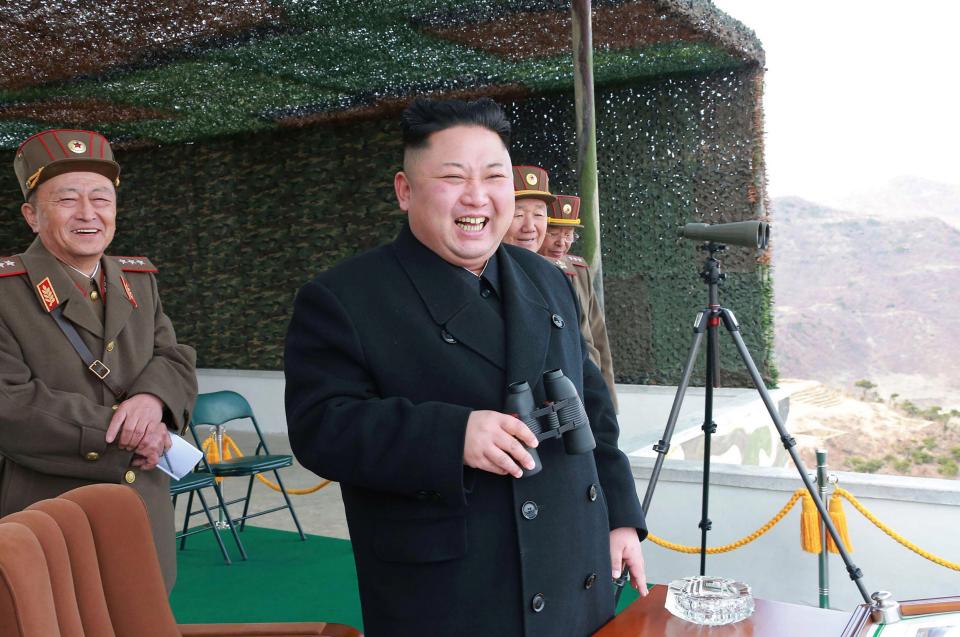 US military bosses fear North Korea is ready to detonate a nuclear bomb it has placed in a tunnel.It is believed North Korea is in the final states of preparing for its sixth nuclear test.

A Voice of America journalist tweeted that US government sources believe North Korea had placed a nuclear device in a tunnel and it could be detonated as early as this weekend.

It comes after Washington-based 38 North, a website that monitors North Korea, said satellite images from Saturday showed vehicles and trailers at the Punggye-ri test site and signs that communications cables may have been laid to a test tunnel.

The think tank said water appears to be being pumped out and was draining downhill “presumably to keep the tunnel dry for monitoring or communications equipment”.