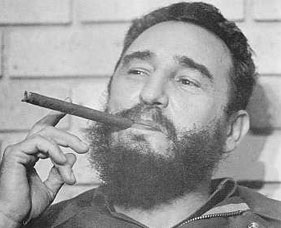 Barack Obama vowed on Tuesday to act quickly once he receives a State Department recommendation on whether to remove Cuba from the U.S. list of terrorism-sponsoring countries, a remaining obstacle to the restoration of relations between Washington and Havana.

With just days to go before a hemispheric summit in Panama where Obama will come face-to-face with Cuban President Raul Castro, he offered no clear sign of how he was leaning or the timeframe for his decision. He ordered the review immediately after announcing a diplomatic breakthrough with Havana on Dec. 17.

Obama, in a Reuters interview in early March, said he hoped the United States would be able to open an embassy in Cuba by the time of the April 10-11 Summit of the Americas, and U.S. officials have since said the review was being expedited.

But the lack of a decision so far on taking Cuba off the terrorism blacklist – something Havana has steadfastly demanded – has raised strong doubts about whether the review will be finished in time to make further strides toward normalization before the summit.