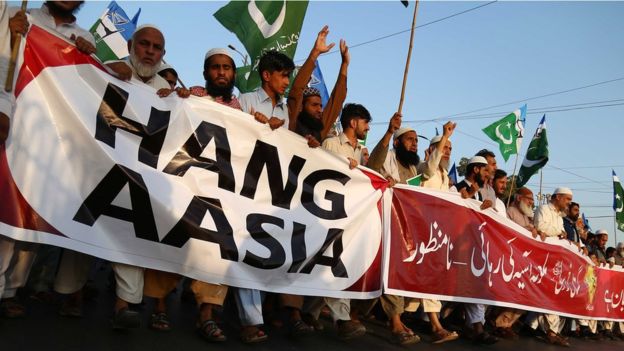 Asia Bibi, a Pakistani Christian woman acquitted of blasphemy after spending eight years on death row, has been freed from prison.

Last week’s Supreme Court ruling sparked violent protests from Islamists and the government agreed to their demand to stop her leaving Pakistan.

News of her release led to some confusion, with reports she had been taken to another country.

But the foreign office later said she was still in Pakistan.

The case is highly sensitive and Information Minister Fawad Hussein said journalists had been “extremely irresponsible” in reporting she had left the country without official confirmation.