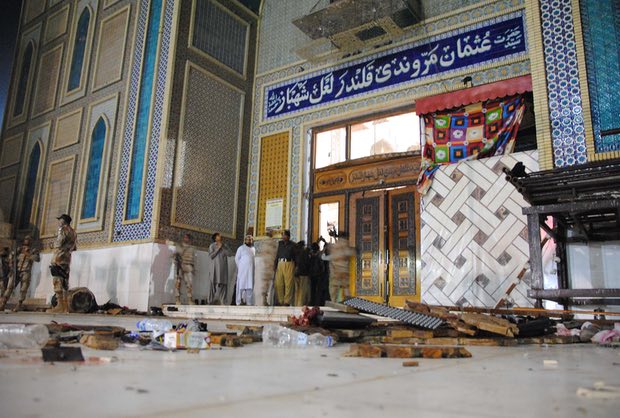 Officials in Pakistan say they have killed at least 39 suspected militants in a sweeping security crackdown a day after a massive bombing claimed by Islamic State killed 75 people and injured about 150 at a crowded shrine.

A suicide bomber detonated the bomb among crowds gathered for the busiest day of the week at the shrine to Sufi saint Lal Shahbaz Qalandar in Sehwan, a town in the southern Sindh province.