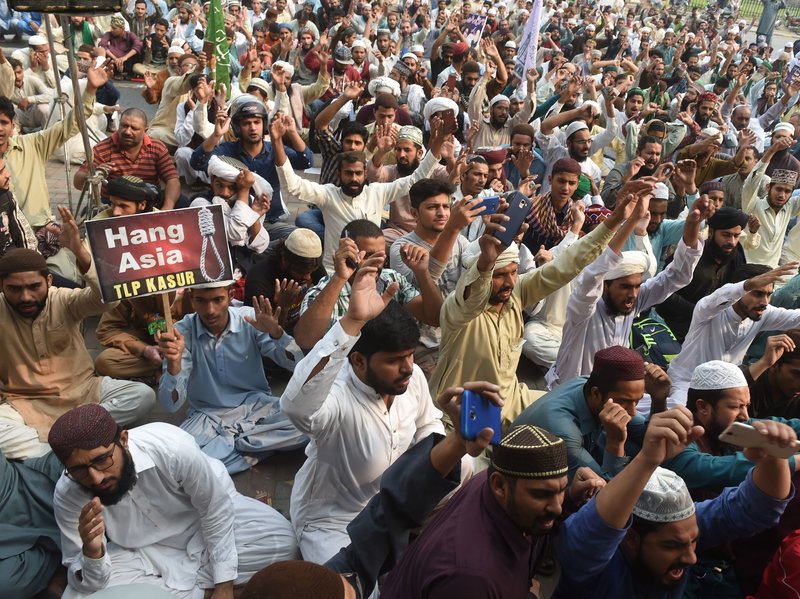 Pakistan’s Supreme Court on Wednesday announced the acquittal of Asia Bibi, a Pakistani Catholic woman who was convicted and sentenced to death in 2010 for blasphemy in a case that has divided the South Asian country and sparked international outrage.

Chief Justice Saqib Nisar read the ruling from the bench in Islamabad, saying the prosecution “categorically failed to prove its case beyond reasonable doubt,” the BBC reports.

Her original conviction stemmed from an argument with her Muslim women coworkers on a farm over whether Bibi, as a Christian, was pure enough to share their water. The incident led to allegations that she had blasphemed the Prophet Muhammad.

If her death sentence had been carried out, Bibi would have been the first person executed by the state under the blasphemy laws.