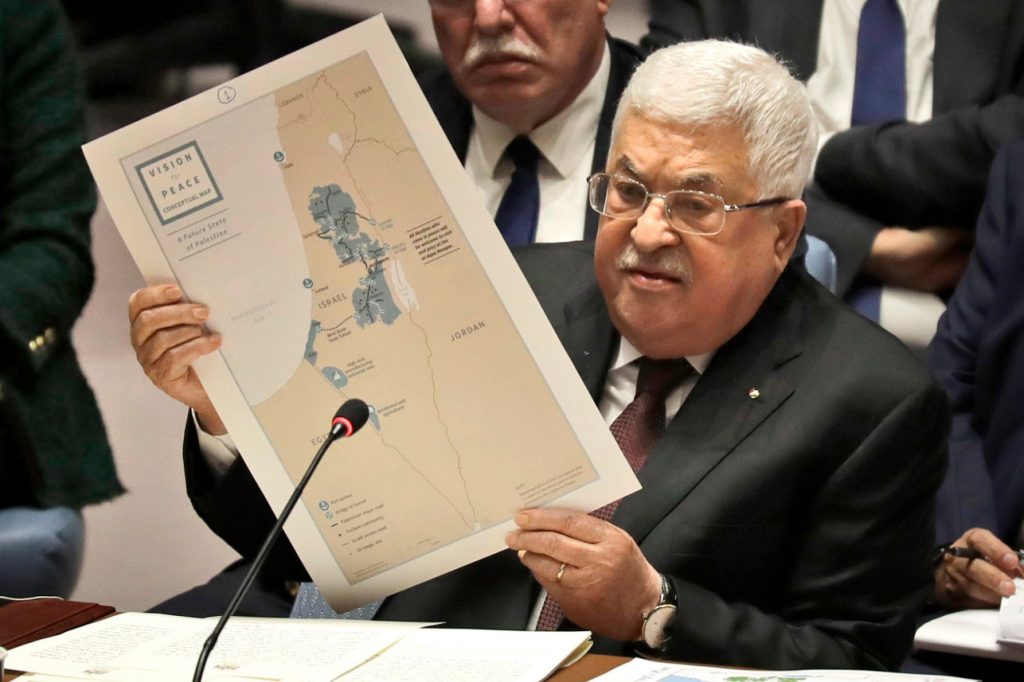 Palestinian President Mahmoud Abbas ripped President Trump’s Middle East peace plan during a speech Tuesday before the United Nations Security Council, characterizing it as a gift to Israel that would bring an end “to the question of Palestine.”

Waving a copy of the Trump administration’s map that shows a two-state solution for the Israelis and the Palestinians, Abbas likened the carved up design for a Palestinian state as “Swiss cheese.”

“It is an Israeli-American pre-empitve plan in order to put an end to the question of Palestine,” he said.