Pastor Dead For 45 Minutes: ‘God Has Totally Raised Me From the Dead’ 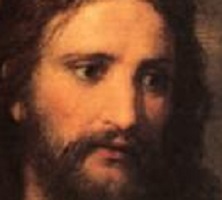 Lee Stoneking already knew about the miracles Jesus Christ performed when he walked the earth. As a pastor for decades, he has preached the gospel and told anyone who would listen the good news of Jesus Christ and his power to heal, restore and provide eternal salvation for those who believe.

But on April 22, he was behind a different kind of pulpit. He stood at the podium in front of the General Assembly at the United Nations in New York City. He had been asked to speak as someone of the faith community, addressing the kind of violence that takes place around the world, some in the name of religious ideology.

And Stoneking did just that, but first he wanted to share his story of resurrection.

He said that on Nov. 12, 2003. he suffered a massive heart attack at the airport in Sydney, Australia. Paramedics tried – 10 times – to get his heart beating again using electric shock treatment, but he was declared dead and put into the ambulance as a “corpse.”