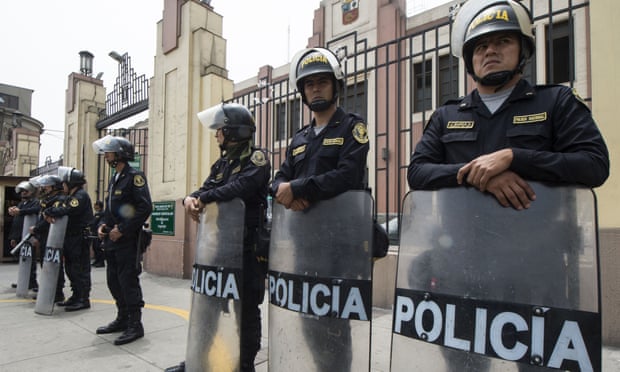 Keiko Fujimori, the leader of Peru’s political opposition and daughter of former autocrat Alberto Fujimori, has been detained as part of an investigation into alleged money laundering in her 2011 presidential campaign.

Prosecutors are investigating the origin of several large undeclared financial donations to Fujimori’s campaign and links to the Brazilian construction firm Odebrecht, which has been at the centre of Latin America’s biggest corruption scandal.

“This detention is abusive and arbitrary,” said Keiko Fujimori’s lawyer, Giuliana Loza, who told journalists it took place when her client attended the chief prosecutor’s office to give testimony in the ongoing investigation.