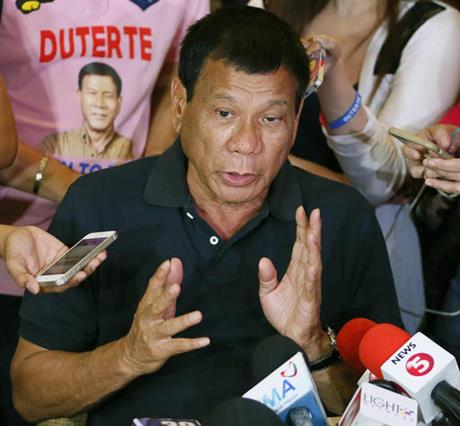 The Philippine president-elect has encouraged the public to help him in his war against crime, urging citizens with guns to shoot and kill drug dealers who resist arrest and fight back in their neighborhoods.

In a nationally televised speech late Saturday, Rodrigo Duterte told a huge crowd in the southern city of Davao that Filipinos who help him battle crime will be rewarded.

“Please feel free to call us, the police, or do it yourself if you have the gun — you have my support,” Duterte said, warning of an extensive illegal drug trade that involves even the country’s police.

If a drug dealer resists arrest or refuses to be brought to a police station and threatens a citizen with a gun or a knife, “you can kill him,” Duterte said. “Shoot him and I’ll give you a medal.”