Prince Harry and Meghan to step back as senior royals 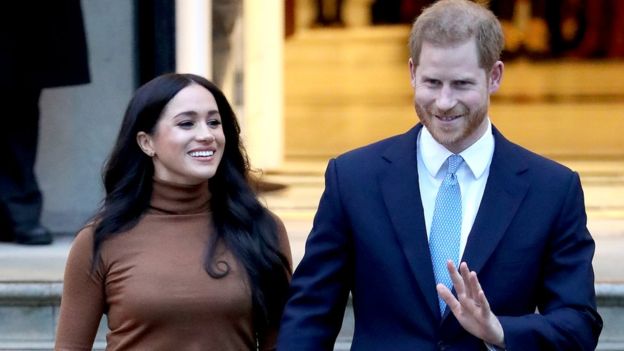 The Duke and Duchess of Sussex have announced they will step back as “senior” royals and work to become financially independent.

In a statement, Prince Harry and Meghan also said they plan to split their time between the UK and North America.

The BBC understands no other royal – including the Queen or Prince William – was consulted before the statement and Buckingham Palace is “disappointed”.

Senior royals are understood to be “hurt” by the announcement.