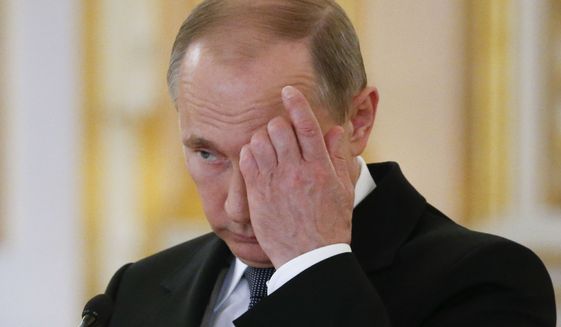 A leading critic of Russian President Vladimir Putin was hospitalized with kidney failure one day after releasing a documentary on corruption and human rights abuses in the republic of Chechnya.

Mr. Kara-Murza’s wife Yevgenia said her husband shows “symptoms of poisoning” and wants him transported to “to a medical center in Europe or Israel where full toxicology testing and treatment can be done,” RFE/RL reported.

The lead doctor at the hospital, Aleksei Svet, said the activist could not be transported, adding that Mr. Kara-Murza was likely suffering from “severe bout of pancreatitis and, possibly, double-sided pneumonia,” Interfax reported Friday.