by By Andrew Osborn and Tom Balmforth ,Reuters
March 25, 2020 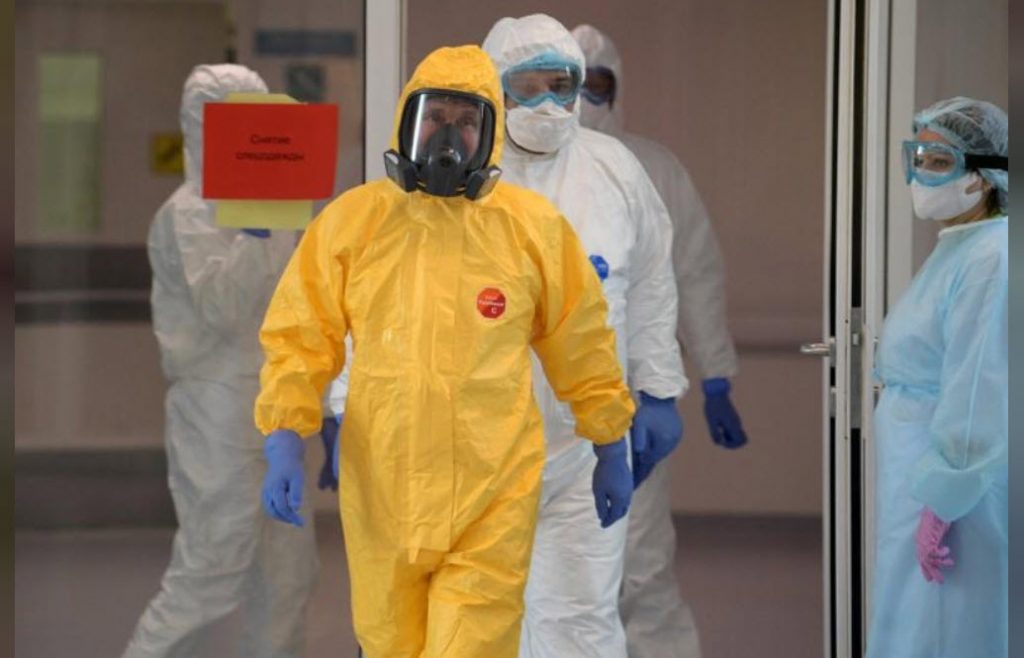 MOSCOW (Reuters) – President Vladimir Putin donned a hazmat suit and respirator on Tuesday during a visit to a hospital treating coronavirus patients and the mayor of Moscow said the outbreak in the Russian capital was much worse than official figures showed.

The comments, by Moscow Mayor Sergei Sobyanin, marked the strongest statement yet by Russian authorities suggesting they do not have a full grasp of how widely the coronavirus has spread throughout the world’s largest country by territory.

Russia has so far reported 495 cases of the virus, a figure that is much lower than in many European countries. One woman, who tested positive for the virus, has also died.

Putin has previously said the situation is under control, but some doctors have questioned how far official data reflects reality, a point taken up by Sobyanin, a close Putin ally, on Tuesday.