Russia bombs Syrian militants from Iran base for first time 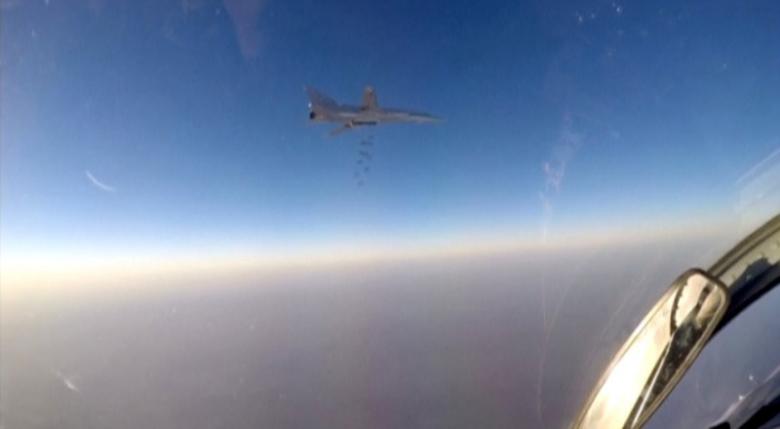 Russian bombers based in Iran on Tuesday struck militant targets inside Syria, the Russian Defence Ministry said, after Moscow deployed Russian aircraft to an Iranian air force base to widen its campaign in Syria.

The ministry said the strikes, by Tupolev-22M3 long-range bombers and Sukhoi-34 fighter bombers, were launched from Iran’s Hamadan air base.

It is thought to be the first time that Russia has struck targets inside Syria from Iran since it launched a bombing campaign to support Syrian President Bashar al-Assad in September last year.

The move shows Russia is expanding its role and presence in the Middle East and comes amid Russian media reports Moscow has asked Iran and Iraq for permission to fire cruise missiles at Syrian targets across their territory from the Caspian Sea.

The ministry said Tuesday’s strikes had targeted Islamic State and militants previously known as the Nusra Front in the Aleppo, Idlib and Deir al Zour provinces.