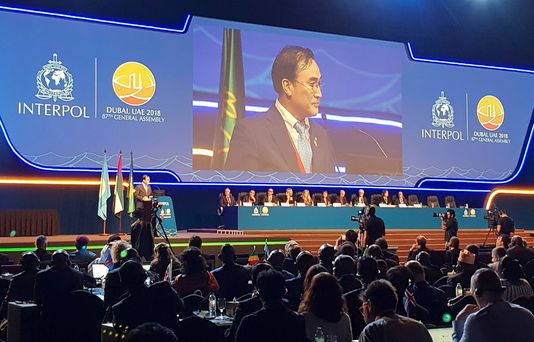 Kim was chosen by a vote among Interpol’s 194 member countries – every country in the world with the exception of North Korea – during a general assembly in Dubai.

Russian national Alexander Prokopchuck, a senior general who for the past 12 years has been the head of Moscow’s national Interpol bureau – part of Russia’s Ministry of Internal Affairs – was widely tipped to win the post. Prokopchuck is close to the Kremlin and has been accused of routinely abusing Interpol’s Red Notice system – global arrest warrants – to target critics of Russian President Vladimir Putin.

The prospect of a Russian sitting atop the international police organization raised red flags in Washington and among critics of the Kremlin who believed Putin would have further tried to aggressively influence Interpol to go after his political opponents.