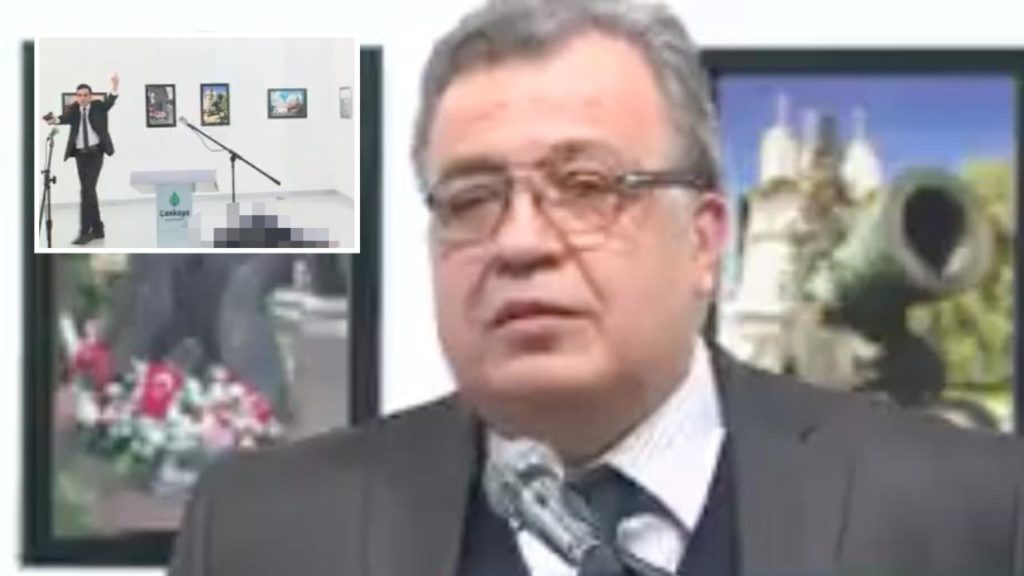 Russia’s ambassador to Turkey has been assassinated by an off-duty police officer in front of terrified witnesses allegedly in retaliation for the crisis in Aleppo.

The gunman – smartly dressed in a black suit and tie – reportedly shouted “Allahu Akbar” and said in Turkish “We die in Aleppo, you die here” after shooting Ambassador Andrei Karlov in the back.

The attacker was fatally shot by police after killing Mr Karlov and wounding three others in what Russia’s Foreign Ministry has called “an act of terrorism”.

Mr Karlov, 62, was delivering a speech at an art gallery in the capital of Ankara when he was shot from behind in an attack caught on camera, and then shot at least once more at close range as he lay on the floor.