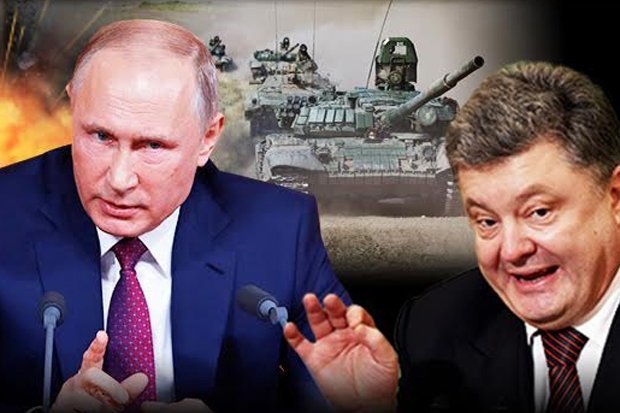 Poroshenko has revealed images of what he claims are tanks lining up along the border, close to where Russia stores its ammunition, reports Sky News.

He said: “This is the tank base just [11 miles] from our border, this was happening in September, October, and now.”

The Ukrainian leaders revelations come as he was begging NATO for help amid fears of a “full scale war” with Russia.

Fears of an attack have loomed following clashes which saw Russia open fire upon and then seize three Ukrainian ships over the Kerch Strait.