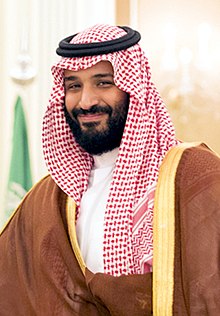 Saudi Arabia is trying to drown out the noise surrounding journalist Jamal Khashoggi’s death by hailing multibillion-dollar business deals for its energy and infrastructure sectors at an investment forum in Riyadh this week.

Major deals worth over $55 billion in the energy, transportation and petrochemical sectors were announced on Tuesday, the first day of the Future Investment Initiative (FII), a forum that’s designed to attract business to the country — not an easy task when high-profile business leaders are boycotting the event this year.

Many of the deals announced involve Saudi Arabia’s state oil company Saudi Aramco. On Tuesday, the company said it had signed 15 memorandums of understanding (or MOUs, an agreement to engage in a commercial partnership, in principle) and commercial collaborations worth $34 billion. The deals involved international partners and entities including Total, Hyundai Heavy Industries, Baker Hughes, Halliburton, and Chinese firm Norinco.

“The MOUs reflect both Saudi Aramco’s and the Kingdom’s international partnership strategies and the determination to diversify the economy, enhance the domestic investment environment and boost employment opportunities,” Saudi Aramco said in a statement Tuesday.