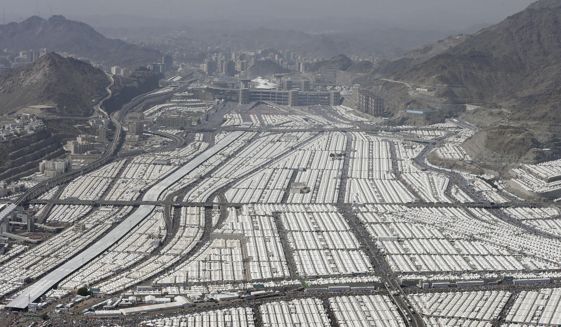 As Saudi Arabia faces mounting criticism for refusing to take in any of the millions of Syrians fleeing conflict in their homeland, it was revealed this weekend that the country has over 100,000 empty, air-conditioned tents that could house up to 3 million refugees.

The tents, located roughly 2,150 miles from Syria in the city of Mina, are only used a few days a year to house pilgrims on their way to Mecca for the hajj, the news station TeleSUR reported.