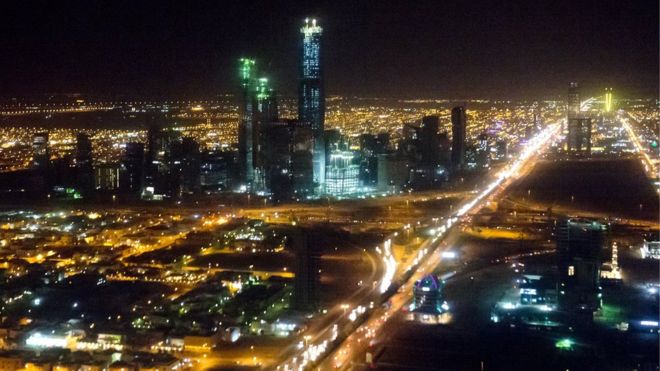 Saudi Arabia says it has intercepted a ballistic missile fired from Yemen, after a loud explosion was heard near Riyadh airport on Saturday evening.

The missile was destroyed over the capital and fragments landed in the airport area, officials quoted by the official Saudi Press Agency said.

A TV channel linked to Houthi rebels in Yemen said the missile was fired at the King Khalid International Airport.

The civil aviation authority said that air traffic was not disrupted.

Saudi forces have reported shooting down Houthi missiles in the past , though none has come so close to a major population centre.