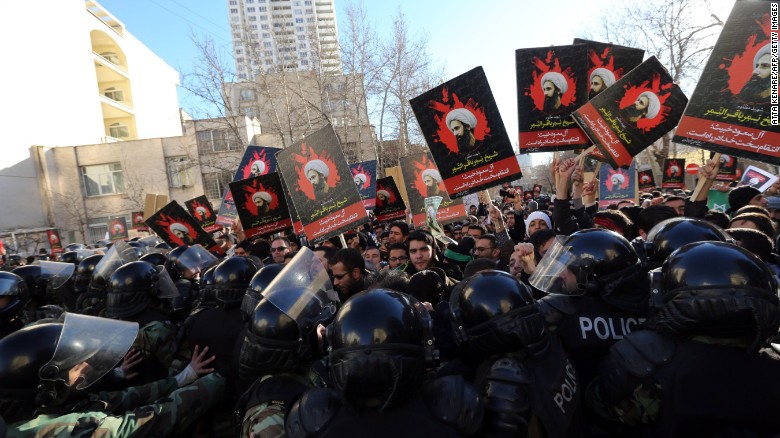 First, one man’s execution spurred sectarian protests and violence in the Middle East. Now, it appears to have sparked a serious diplomatic rift.

The two countries have long been at odds, but Saudi Arabia’s execution of Shiite cleric Nimr al-Nimr Saturday kicked off a new round of sparring between them that analysts say could mark a dangerous shift in an already volatile region.