Saudi King Is Dead, According to Statement Read on State TV

by Story by the Associated Press; curated by Oliver Darcy | The Blaze
January 22, 2015 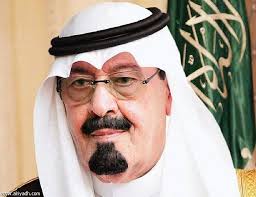 RIYADH, Saudi Arabia — Saudi Arabia’s King Abdullah, the powerful U.S. ally who joined Washington’s fight against al-Qaida and sought to modernize the ultraconservative Muslim kingdom with incremental but significant reforms, including nudging open greater opportunities for women, has died, according to Saudi state TV. He was 90.

More than his guarded and hidebound predecessors, Abdullah assertively threw his oil-rich nation’s weight behind trying to shape the Middle East. His priority was to counter the influence of rival, mainly Shiite Iran wherever it tried to make advances. He and fellow Sunni Arab monarchs also staunchly opposed the Middle East’s wave of pro-democracy uprisings, seeing them as a threat to stability and their own rule.

He backed Sunni Muslim factions against Tehran’s allies in several countries, but in Lebanon for example, the policy failed to stop Iranian-backed Hezbollah from gaining the upper hand. And Tehran and Riyadh’s colliding ambitions stoked proxy conflicts around the region that enflamed Sunni-Shiite hatreds — most horrifically in Syria’s civil war, where the two countries backed opposing sides. Those conflicts in turn hiked Sunni militancy that returned to threaten Saudi Arabia.