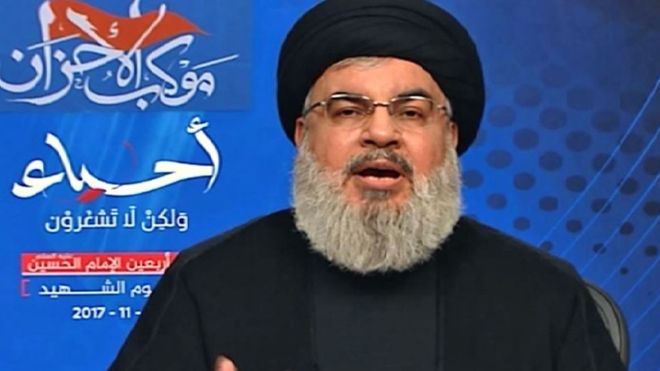 The leader of Lebanon’s Hezbollah has accused Saudi Arabia of declaring war on his country, days after Lebanese PM Saad al-Hariri announced his resignation in the Saudi capital.

Hassan Nasrallah said Saudi Arabia was holding Mr Hariri against his will.

He also accused the Saudis of inciting Israel against Lebanon.

The powerful Hezbollah Shia movement is an ally of Iran, which has been trading accusations with the Saudis of fuelling tension in Lebanon and the region.

Mr Hariri said in a TV broadcast from Riyadh on Saturday he was stepping down because of an unspecified threat to his life. He also attacked Hezbollah and Iran.