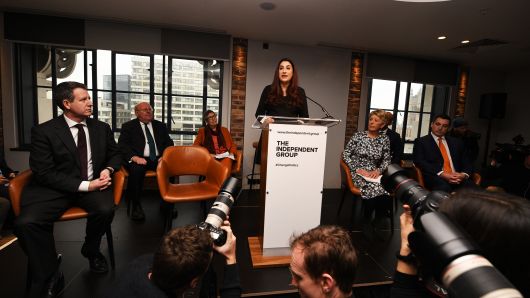 Speaking first, lawmaker Luciana Berger said that from today the group would sit in the U.K. Parliament as a new batch of MPs, known as “The Independent Group.”

Berger cited the party leadership’s failure to address racism against Jewish people as her main reason for leaving as well as an ongoing culture of “bullying.”

“I have become embarrassed and ashamed to remain in the Labour Party,” the Liverpool Wavertree MP said. “I have come to the sickening conclusion that it is institutionally anti-Semitic.”