by Mariette Le Roux with Marie Giffard in Barcelona
October 28, 2017 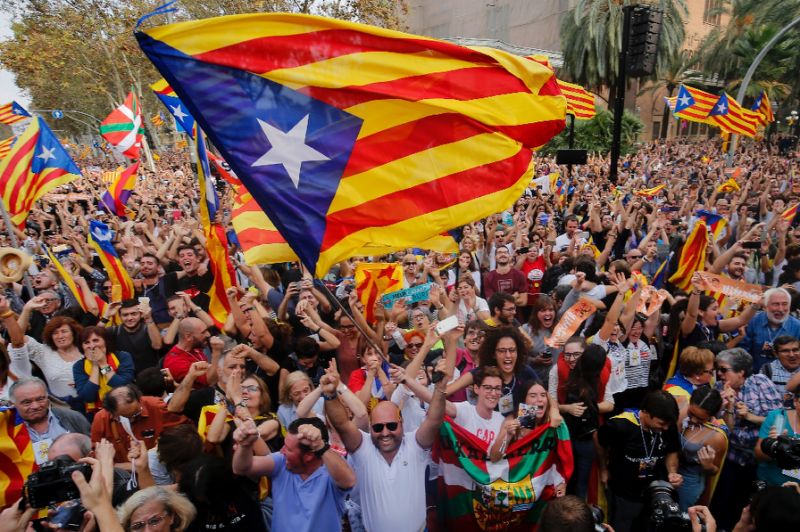 Madrid (AFP) – Spain was plunged into crisis Friday as Madrid seized power from independence-seeking Catalonia, the first curtailment of regional autonomy since the brutal dictatorship of Francisco Franco.

After regional lawmakers voted to declare a Catalan “republic”, Spanish Prime Minister Mariano Rajoy moved swiftly to dissolve the rebel government and parliament, and called December 21 elections to replace them.

In an escalating standoff closely watched by secession-wary Europe, Rajoy fired pro-independence leader Carles Puigdemont and all his ministers as well as the director of the regional police, and Catalan envoys to Madrid and Brussels, to halt what he termed an “escalation of disobedience.”

Secessionist lawmakers voted 70 to 10 in the 135-member parliament Friday to declare Catalonia “a republic in the form of an independent and sovereign state”.