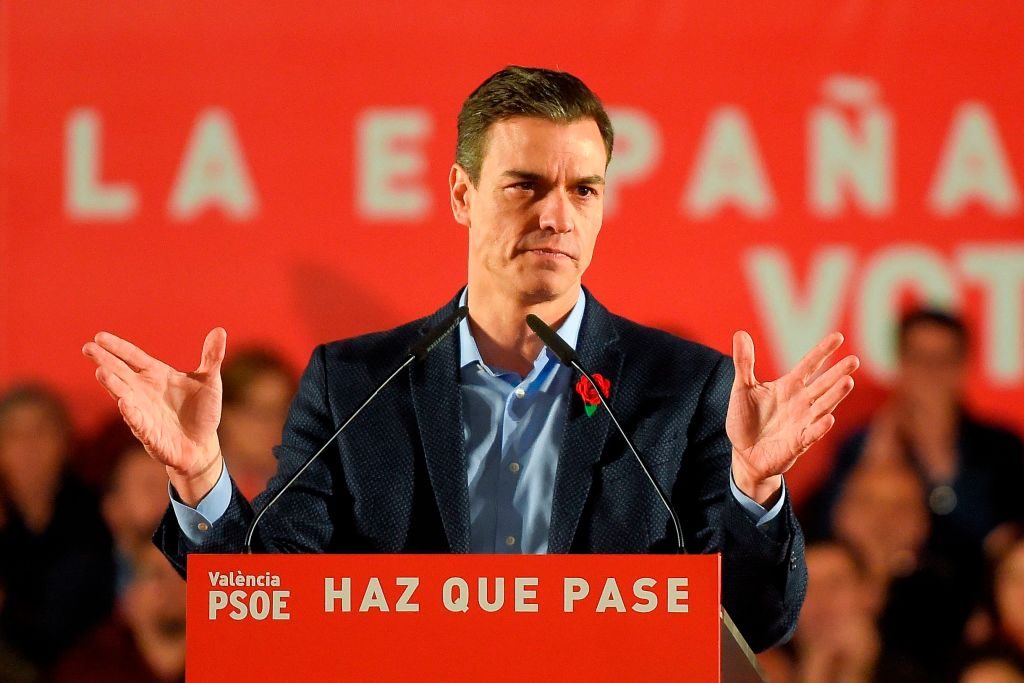 Spain’s ruling Socialists were considering possible partners for a new government for the politically polarized country on Monday after they won a national election but failed to secure a majority.

Prime Minister Pedro Sanchez faces a choice between a complex alliance with fellow leftists Podemos or joining forces across the political divide with the center-right Ciudadanos.

The Socialists won 123 seats in Sunday’s election, up from 84 in the outgoing parliament as they saw off the challenge from the right, which was splintered by the rise of the far-right Vox.

With nearly all the votes counted, the Socialists together with the far-left Podemos were 11 seats short of a majority in the 350-seat parliament.