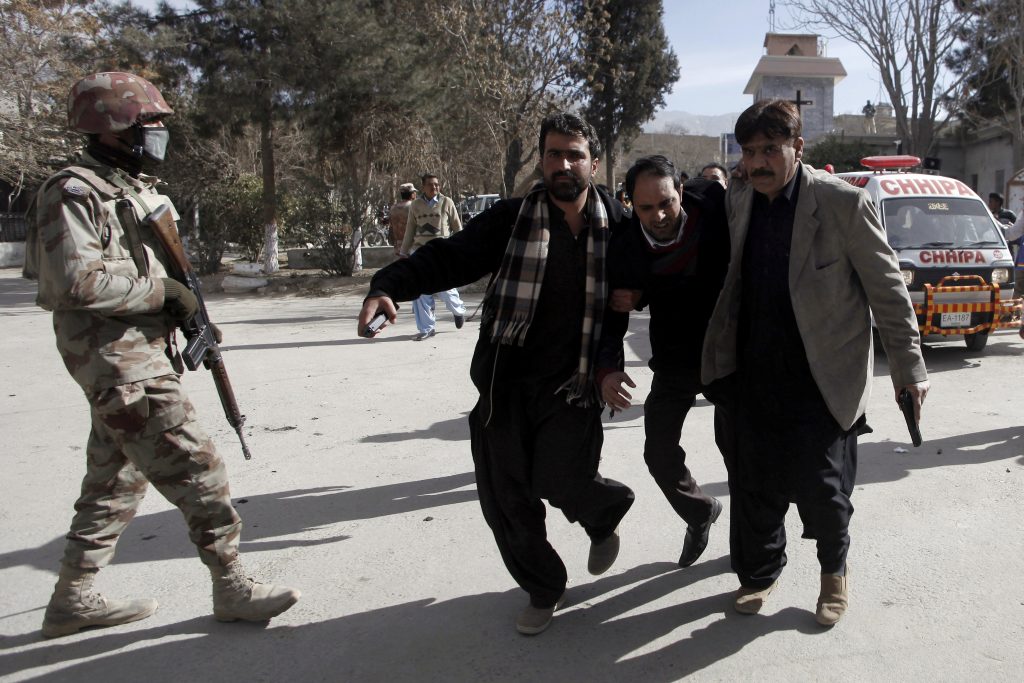 QUETTA, Pakistan/ISLAMABAD (Reuters) – Two suicide bombers stormed a packed Christian church in southwestern Pakistan on Sunday, killing at least nine people and wounding up to 56, officials said, in the latest attack claimed by Islamic State in the country.

Police guards stationed at the church entrance and on its roof killed one of the bombers but the second attacker detonated his explosives-filled vest outside its prayer hall just after Sunday services began in Quetta, capital of Baluchistan province, said Sarfraz Bugti, the provincial home minister.

Baluchistan police chief Moazzam Jah said there were nearly 400 worshippers in the church for the pre-Christmas service. The death toll could have been much higher if the gunmen had forced their way into the sanctuary, he said.

Jah said the venue – Bethel Memorial Methodist Church – was on high alert as Christian places of worship are often targeted by Islamist extremists over the Christmas season.