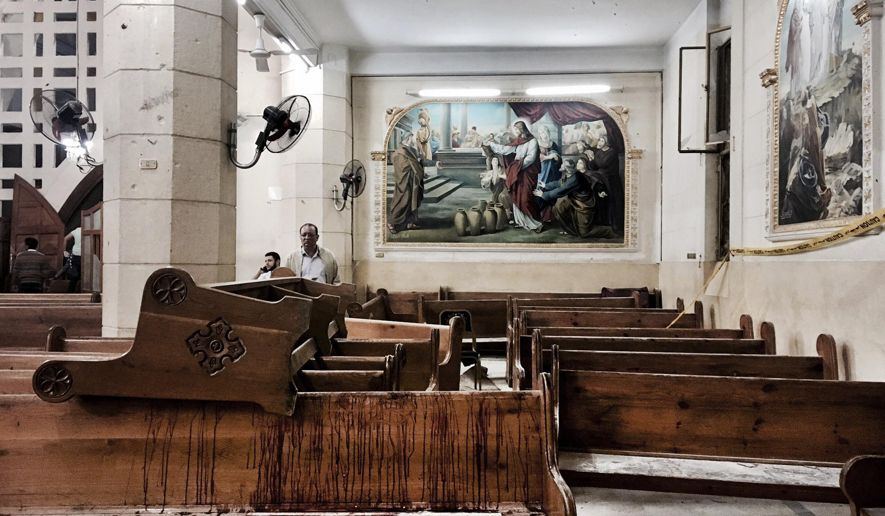 TANTA, Egypt — Suicide bombers struck hours apart at two Coptic churches in northern Egypt, killing 44 people and turning Palm Sunday services into scenes of horror and outrage at the government that led the president to call for a three-month state of emergency.

The Islamic State group claimed responsibility for the violence, adding to fears that extremists are shifting their focus to civilians, especially Egypt’s Christian minority.

The attacks in the northern cities of Tanta and Alexandria that also left 126 people wounded came at the start of Holy Week leading up to Easter, and just weeks before Pope Francis is due to visit.

Pope Tawadros II, the leader of the Coptic church who will meet with Francis on April 28-29, was in the Alexandra cathedral at the time of the bombing but was unhurt, the Interior Ministry said.