Sweden resumes draft to prepare for potential conflict with Russia

by Dominic Hinde and Daniel Silberstein |The Washington Times
March 8, 2017 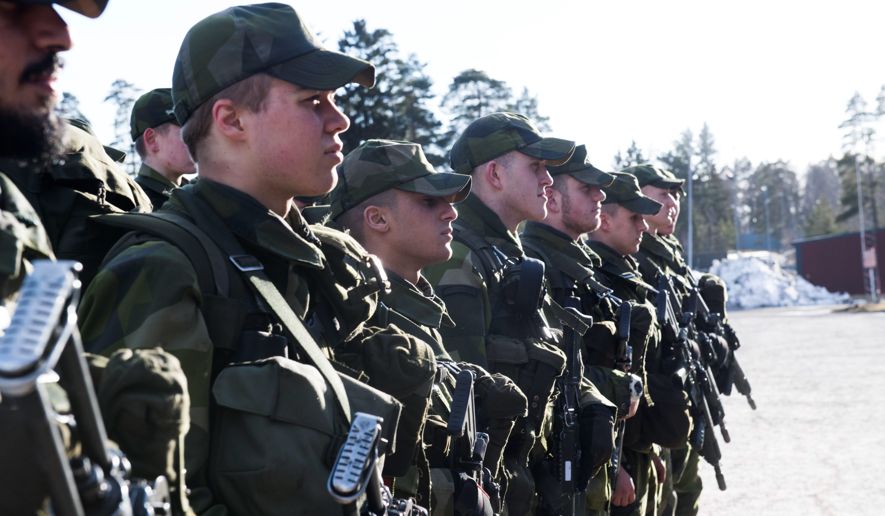 STOCKHOLM — Sebastian von Stedingk was among the last generation of Swedish military conscripts before officials created an all-volunteer force seven years ago. Now, Sweden has reinstituted the draft to prepare for a potential conflict with Russia.

Unlike most other Swedes of his age, Mr. von Stedingk re-enlisted for a second year. He believed military service was a positive force in society.

“In Russia and the U.S., it seems like people are more direct in saying the main point of being called up is about making a contribution to the country and personal progression alongside it,” said Mr. von Stedingk, a 29-year-old physiotherapy student in Stockholm. “In Sweden, military service created a cross-section of society, rich and poor, and made us work together.

“The camaraderie and feeling you were making a difference were a big factor in making me stay,” he said.