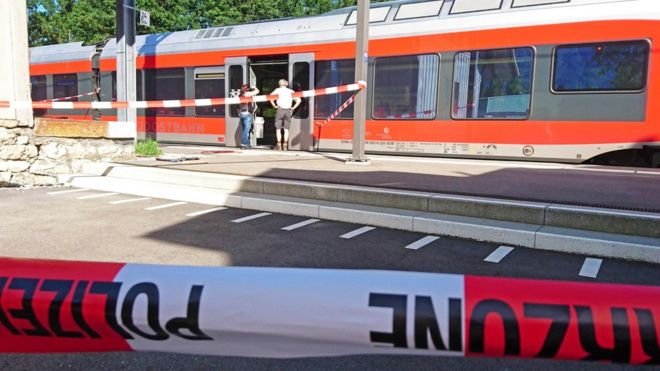 A knifeman has set fire to a train in north-eastern Switzerland, leaving six people in hospital with stab wounds and burns, police say.

The suspect, described as a Swiss man aged 27, was also taken to hospital after the incident near Salez in St Gallen canton, close to Liechtenstein.

He had ignited a flammable liquid before attacking people with a knife.

A child of six was injured. Police said they could not exclude the possibility of a terrorist motive.

“We can neither exclude nor affirm that this was a terrorist act,” St Gallen regional police spokesman Bruno Metzger told the local St Galler Tagblatt daily.