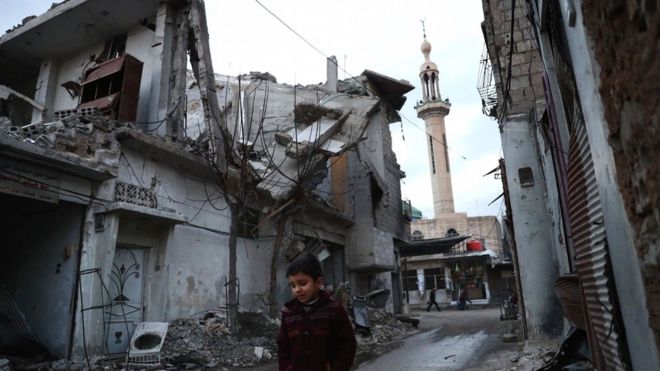 Syrian rebel groups have confirmed that they will attend peace talks with the government in Kazakhstan next week.

A leader of Jaysh al-Islam, Mohammed Alloush, said he would head the rebel delegation and aim to end the “crimes” of the government and its allies.

The talks in Astana are being organised by Russia and Turkey.

The two countries, which back opposing sides in the civil war, brokered a truce on 30 December that has been threatened by repeated violations.

Air strikes and clashes have been reported on several battlefronts, particularly in the Wadi Barada region north-west of Damascus.

On Sunday, at least nine civilians were killed by government shelling of a rebel-held village there, according to the UK-based Syrian Observatory for Human Rights.