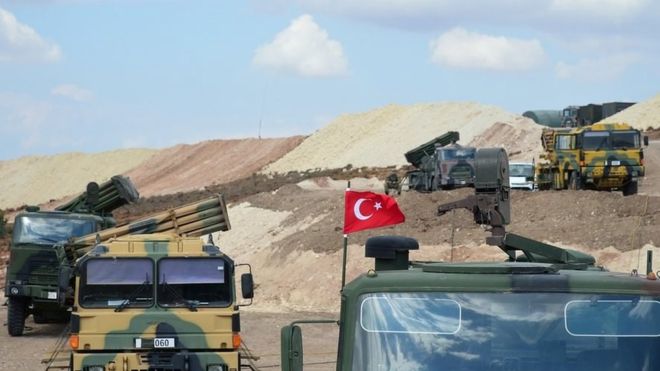 Turkish soldiers and armoured vehicles have crossed into Syria as part of an operation Ankara says is aimed at stopping fighting in Idlib province.

A military statement said the forces would set up observation posts to help monitor a “de-escalation zone” in line with an agreement with Russia and Iran.

It also borders the Kurdish enclave of Afrin, which Turkey wants to contain.