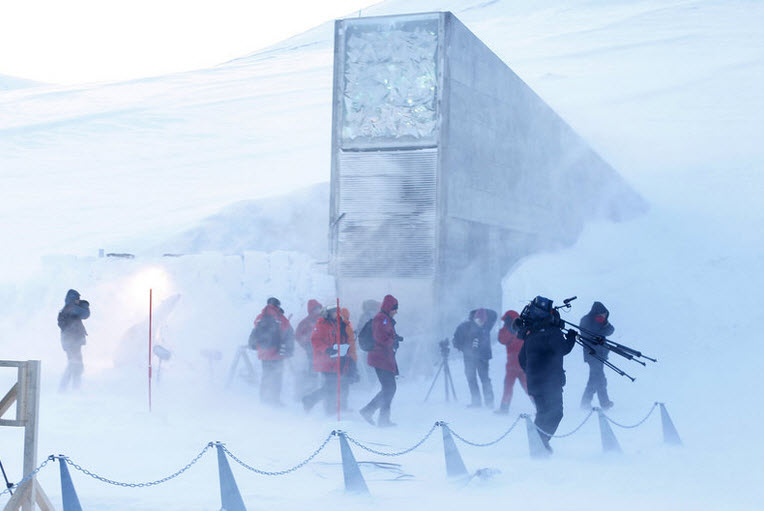 A tall rectangular building juts out of a mountainside on a Norwegian island just 800 miles from the North Pole. Narrow and sharply edged, the facility cuts an intimidating figure against the barren Arctic background. But the gray building holds the key to the earth’s biodiversity.

The Svalbard Global Seed Vault, built in 2008, stores more than 850,000 seed samples from nations all over the world. Extending nearly 500 feet into the mountain, it’s intended to safeguard the planet’s food supply and biodiversity in the event a doomsday catastrophe like nuclear war or crippling disease wipes out varieties of plants. Crop Trust, the company that runs the seed vault, says on its website that the vault is “the final backup”:

“The purpose of the Vault is to store duplicates (backups) of seed samples from the world’s crop collections. It will secure, for centuries, millions of seeds representing every important crop variety available in the world today. It is the final back up.”