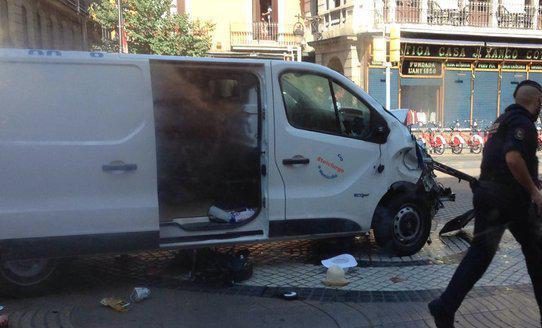 THE sick driver responsible for the twisted ISIS-claimed van attack in Barcelona yesterday which killed at least 13 people and injured 100 is still being hunted by brave Spanish cops.

Police have confirmed two suspects are in custody – a Spanish national from Melilla and a Moroccan -who were directly involved in the massacre but neither was steering the vehicle.