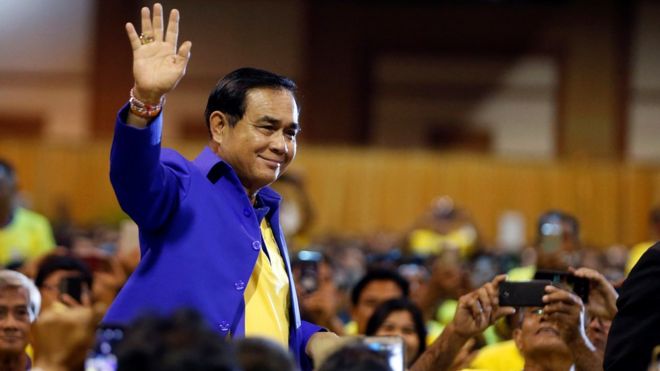 Retired general Prayuth Chan-ocha, the man who led a military coup in Thailand five years ago, has been elected as the country’s civilian prime minister.

The ex-junta leader had been serving as prime minister since the coup.

He was chosen by parliament on Wednesday, but the opposition said the vote was rigged as the Senate was largely hand-picked by the military.

The country’s March election, the first since 2014, resulted in no party winning a clear majority.