by Magdy Samaan and James Rothwell | The Telegraph
December 12, 2016 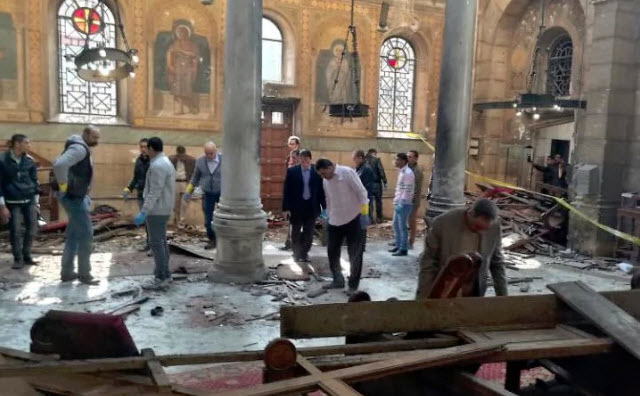 Men, women and children filed in to Cairo’s Coptic Christian chapel on Sunday morning, taking a moment of respite from the bustle of the Egyptian capital’s busy streets.

Situated in a complex at St Mark’s Cathedral, the congregation was worshipping near the seat of the Coptic pope and the heart of their religion.

Minutes later, a blast ripped through the congregation, on the side of the church usually used by women, killing 23 and wounding scores of others in an attack that was chilling even by the bloody standards of Egypt’s recent history.

Al-Bortosia chapel became the scene of a nightmare: windows smashed, the floor littered with body parts and pews smeared with blood.

It was unclear how the bomb came to be inside the church, with some eyewitnesses saying it was thrown through a window, while others claimed it was planted next to the altar.